Happy New Year. Looking back at 2014, I have come to the conclusion that, while I try to write about a broad array of topics, it is obvious that people come here to read about three subject areas:

So, what have I learned? I learned that more people read this blog in 2014 than in years past and I learned that the busiest day on the blog was June 16 and the most popular post that day was Where the Beautiful People Go to High School, which is about a web-based soap with (not entirely, but strong) gay themes. It was also the year’s most-shared piece. More than 2,000 readers shared it on their Facebook pages.

More people commented on I Do: The WilSon Wedding, Playing the Long Game and Celebrating the Zeitgeist than any other story of 2014 and the top referrers to the site were: Facebook, Twitter, will-sonny.livejournal.com, willxsonny.tumblr.com and reddit, followed closely by thebacklot.com. Top clicks included thebacklot.com, YouTube, Kickstarter, stage17.tv and my marketing blog, markblackmon.net.

Visitors came from 112 countries, including 5 people from Qatar, 1 from Armenia, 1 from Mongolia and 54 from the Russian Federation. To be fair, the vast majority of readers are from the U.S. and Canada, but the international reach is quite astonishing, especially since I did nothing to cultivate it. The Worldwide Web is not named hyperbolically!

So, with that long, drawn-out introduction, here is this year’s Top Ten list of most-popular posts.

It got a second wind this year; I don’t know why. Prom season, maybe.

I did some quick digging and couldn’t find any updates on these prom cuties. Perhaps, like so many others, they went off to college and discovered new cuties to hook up with. If you know something about them, though, let me know.

9. Saying Goodbye to the First WilSon Incarnation with a Bit of Snark 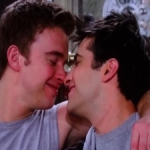 Nothing of great import here; just what the title implies. A shoutout is due for “snicks” from thebacklot.com who put these hilarious slides together to commemorate the end of Chandler Massey’s run as Will Horton on Days of our Lives.

Over the last year there’s been a lot of yammering about Days letting Chandler go and recasting the role, but mostly I believe it’s just the Interwebs’ usual stuff and nonsense. If you know the show, though, these are hilarious.

8. Why I’m Supporting EastSiders — And Why You Should, Too 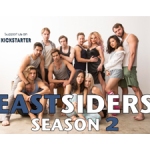 A screed. A smack in the face. A wake up call. Maybe a primer on how crowd funding and word-of-mouth actually work. This was written at a time when it seemed that, by traditional metrics, the Kickstarter campaign for the second season of Kit Williamson’s bravura web series may not make it to its goal. I figured that I needed to do something. So I yelled a little! Like I do.

Did it help? Doubtful, but they did make their nut and Season 2 is coming soon! So many people have said that this series is so good that it should be on TV. And even though Kit recut the series as a feature length movie that aired on Logo, you won’t find anything this good on television. Nothing this good ever makes it to television. I mean, they don’t call it the ‘boob toob’ for nothing!

7. Wallflowers Returns for a Second Season — No Shrinking Violets Here 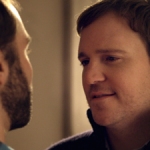 Truth in advertising: I only watched this show because John Halbach asked me to. I thought the first episode was very good and I said so here.

I did one other post about the show during the second season but what I didn’t expect to have happen was quickly to turn into an unabashed fan of Kieran Turner’s series about a band of romantically challenged souls.

Recently, I had the opportunity to watch the series in one binge and it may be even better the third or fourth time around. It’s a delight. Nuanced. Crisply written. Witty and smart in all the right places. Warm. And in the final episode? Still surprising. Full of grace notes, this.

Watch it, if you haven’t already. This is my nominee for “Best New Thing I Found on the Web in 2014.”

6. Kit and Van and Cal and Thom and … Cassandra?

This one ties for my vote in the category of the best thing I wrote in 2014. You may not think so, nor may the judges from the American Academy of Specialty Bloggers*, but I think its good and it’s an issue that is near and dear to my heart. I opened up a little and told a bit of my story, old and creaky though it may be.

Kit and Van are smart and creative and are both on my shortlist of people I would pay to watch read the phone book. It hurts not at all that they are also drop-dead handsome. I love their sensibilities, I suppose. Ones to watch.

5. Actor Hunter Canning Talks ‘The Outs,’ ‘Whatever This Is’ 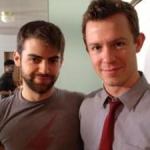 This is just a paragraph. I mean, really, Internets? The linked interview is good, but I didn’t write that; just this paragraph.

The Outs and Whatever This Is, both from the mind of Adam Goldman and company, are two more of my favorite web series.

4. ‘Sonny’ Skies or Clouds on the Horizon? The New Normal Comes to Salem 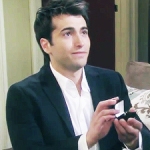 An early-in-the-year piece that focused on daytime television’s first male-to-male marriage proposal on Days of our Lives. I thought it was a compelling jumping-off point to say something about LGBT representation in the media at large and this storyline in particular.

This hit quite soon after the role of Will Horton was assumed by Guy Wilson and a lot of people were saying nasty things about Guy on social media. Sometimes I wish people would keep their yaps shut. So, I slapped at them a bit and ended up getting a number of positive comments including nice note — maybe it was a tweet? — from Guy. I still think it was a good recast. So there.

3. Where the Beautiful People Go to High School

Gay. Web. Soap: my blogging sweet spot! HA! A quick little review of the web series Youthful Daze. Proving that you never know what will hit and why, this is the most-shared post on this blog and it was shared more than 1,000 times in the first 12 hours it was up. It’s over double that number now.

It’s a very good series. I was more impressed than I thought I would be, to be honest with you. Bryan James has created a real soap in the best traditions of serials with a lot of, as I put it in the original piece, angsty teens and improbable dramas. I’m glad these types of shows exist and continue to thrive on the web. It makes me think there is a higher purpose to it all than merely showcasing silly photos of cats.

2. I Do: The WilSon Wedding, Playing the Long Game, and Celebrating the Zeitgeist

This piece hit big after the April telecast of the wedding of Sonny Kiriakis and Will Horton on DOOL. It was an outstanding week of programming and it was the first time in my soap-watching memory (and that’s a LOOOONG time) that I can recall a multi-year story arc  tied up so well. It really was this genre at its finest and it didn’t hurt that everyone surrounding the two outstanding actors at the center of the action was a veteran soap performer.

In the months since the wedding, I haven’t felt as enamored of the writing. It’s seemed inconsistent and sometimes downright head-scratching. Still, there was a part of that first arc that so enraged me that I nearly stopped watching, so I’ll give them the benefit of the doubt, but I do wish the writers were more artful in their plotting.

This is the piece that ties with No. 6 for best thing I think I wrote this year.

I published this piece originally on Jan. 4, 2013 and it has made it into the “most viewed posts” list almost every week since and yes, it was the most-viewed post in 2014. That’s the second year.

It’s a quick cut about a gay teen storyline on the Finnish sudser Salatut Elämät. Thanks to the uploader and captioner who goes by the handle missfinlandia88, I still watch these clips from time to time on YouTube. It’s not the greatest soap I’ve ever watched — sometimes it’s downright groan-worthy — but other times it’s pretty good and I enjoy the two leads. Also, I appreciate the fact that while the stories are sometimes a little far-fetched, at least the Europeans have moved past the U.S. in their inclusion of LGBT characters into their stories.

Anyhow, if you’re still reading, that’s the list. Thanks for reading these for the past year. Thanks for your comments and your “likes” and shares, which tend to be the only way one knows that you are connecting with the world. And thanks for continuing to check in. I started this blog a couple of years ago as a way to talk about things I wanted to talk about. I didn’t expect anyone would care. I was pleased — and shocked — to find an audience and am excited that it continues to grow.

2 thoughts on “Ubiquitous End of the Year Roundup: What You Are Reading ‘Round Here”