‘Bare The Musical’ Star Casey Garvin: How The Off-Broadway Show Helped Him Come Out As Gay. 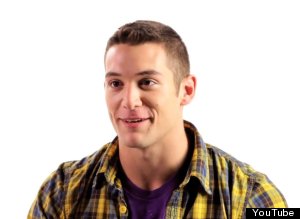 Casey Garvin, who is in the Off-Broadway revival/reinvention of ‘Bare.’ Photo: Huffington Post

Well, good for Casey. Note, however, that he’s talking about the pre-2012 version of Bare, not the one he’s performing in.

I’m just a broken freaking record, but this show has so much potential, so many terrific performances, and it’s just neutered in its present form. I’ve written about this several times. (HERE) and (HERE)

Still, it doesn’t mitigate the fact that in some incarnation it helped this young man understand who he was. You won’t ever hear me discounting the power of theatre to change lives. No, not ever.