HOW DUMB ARE YOU, BUDWEISER? Did no one in your marketing department raise this issue? Did no one think this might possibly be offensive in some (if not all) circumstances? Did no one care that there could be backlash? Did no one factor in the cost of recalling all of those beer bottles? The idiot of the week award goes to ….

Perhaps the Clydesdales could have done better.

At any rate, thank heavens for John Oliver, a voice of reason in this sea of utter madness.

How many times can this crazy old woman screw up while trying to apologize?

It’s one thing when you are honest-to-God contrite. It’s another when your apologies are just bullshit. I think this is the latter.

HLN announced that they were abandoning their programming to become a social media focused network. And some of their shows will make you weep for journalism. I Can Haz NewsToons will serve up animated satire of current events, One.Click.Away will scour online classified for big buys, while Keywords is a game about searching and tagging trivia from the online world. Can somebody check and see if Ted Turner’s head exploded?

So, do you want to know what stupid looks like? Here it is. This is obviously some 50-year-old’s idea of how to attract 20-something social media users to engage with TV. Speaking as a 50-year-old (almost) IT’S THE DUMBEST IDEA EVER IN THE HISTORY OF IDEAS THAT’S NOT STARTING A WAR!!

Why? Why are corporations so stupid? Do you really want to engage young people? Turn your damn cable channel back into a NEWS CHANNEL and then — here’s a shocker — broadcast the news! 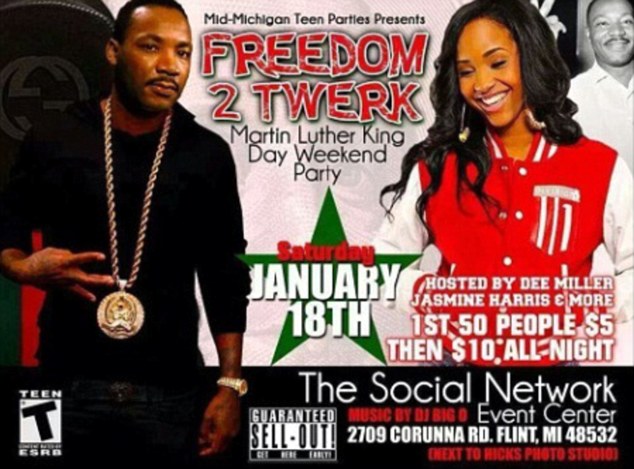 Marketers on MLK Day: ‘I Have a…Really Bad Idea!’ – PRNewser.

This is why marketers have such a bad wrap. It’s because IDIOTS are so common in this industry. I can’t imagine anything more crass than trying to use the legacy of a slain civil rights leader to flack your product. It’s wrong on at least a hundred different levels.

Where do I start. Okay…

1. Who in the hell writes this shit? And who in the hell edits it?
I say that mainly because of the headline above in the Huffington Post. “Gay Marriage License?” Are you for real? First of all, there is no such thing. Second of all, see “First of all.”

2. Journalism 101 Fail
Read the HuffPo article. Then ask the following questions that any decent cub journo should know to ask: Where did you apply since Pennsylvania is not an equality state? If it was in Pennsylvania, where you trying to make a political statement? Did you understand the reach of your employment contract before this event? Did you speak with your supervisors before your decided to apply for a marriage license?

For the record, it’s not just the HuffPo; the local news piece where this story originated (I guess) does not answer them either.

3. Dig a Bit
I did find my answers. In a story from UPI, of all places. UPI, the Unification Church-owned wire service which, to the best of my knowledge, is no longer held up as a standard of excellence.

They went to New Jersey for the license. And no, they didn’t seek out the school’s approval prior to getting the license which, while meaningful for the couple, won’t amount to a hill of beans in Pennsylvania.

4. Thoughts In General
Mr. Griffin, you may be a beloved teacher, but you’re a dumb ass. How naive are you to assume that a Roman Catholic Church school would embrace your same-sex marriage with open arms? Even in the interviews, you mention your employment handbook which states that behavior antithetical to Church teachings is ground for termination.

Look, I think the actions of this school — and this religious denomination for that matter — are vile and cruel and evil and ridiculous. There’s no denying that. But, sir, you knew you were dancing with the devil. You knew what Church policy was/is. You knew what the terms of your employment were. You knew those terms for the entire 12 years you were employed there. You brought this on yourself.

As someone who also lives in a state, like you do, without provisions from preventing termination for sexual orientation, I feel for you. And your partner. I really and truly do, but you knew better. And if you didn’t, well shame on you for not doing your due diligence. Until there is 100% equality for LGBT persons, that’s just a requirement for us all. You have to. Or you have to suffer the consequences.

If you want to change this for others, don’t roll over. Stand up. Be counted. Make change happen. But, if you are going to cry to the local TV and be upset that you were wronged, I don’t have any use for it. Nor do I have any use for simplistic reporting done by middle school interns.

Oklahoma Gov. Mary Fallin has ordered the National Guard to stop processing requests for military benefits for same-sex couples, her office confirmed Tuesday, despite a Pentagon directive to do so.

Fallin spokesman Alex Weintz said the governor was following the wish of Oklahoma voters, who approved a constitutional amendment in 2004 that prohibits giving benefits of marriage to gay couples.

*sigh* It’s like living in a country run by wolves sometimes. With apologies to smart wolves.

The uproar over Miley Cyrus’ MTV Video Music Awards performance just won’t stop. Its newest iteration comes in the form of more than 150 complaints to the Federal Communications Commission from concerned citizens across the country who want MTV or Cyrus herself punished for indecency.

Good grief, America. Aren’t there better things to be upset about. And let’s tell the truth, Miley Cyrus’ performance wasn’t indecent — it was just tacky as all hell. There’s a difference.

The view from here: Bashar al-Asad is gassing his own people and we’re about to intervene militarily, Putin and Friends have made Russia one of the most scarily anti-gay places on earth but the IOC is not moving the Olympics because, like the jews in 1936, we don’t care enough about the homos we’re sending, journalists’ families are being harassed by governments because of the Snowden leaks, the entire Western portion of the country is on fire, the Do-Nothing Congress is gearing up for another utterly meaningless fight on the utterly meaningless debt ceiling, Pakistan, the Taliban, Iraq, Iran, fracking, Keystone XL, AQAP…. and if you listen to the American “news media” you would assume that the only two stories happening in the world are Ben Affleck being cast as Batman and how Miley Cyrus lost the plot at the VMAs.

Some days, everything annoys me. This is one of those days.

And so it goes.

“The NRA was started, 1871, right here in New York state. It was started by some Yankee generals who didn’t like the way my southern boys had the ability to shoot in what we call the “War of Northern Aggression.”

That’s a quote from NRA President Jim Porter. Are you freakin’ kidding me?

Let me tell you something: I am from the South. I am from the Deep South. (And, oh my God, I can’t tell you how happy I am to say I LEFT!) And there’s no one in the South who calls the Civil War “the War of Northern Aggression” unless they are trying to deliberately raise some hackles or they are drunk-ass windbags. Never, ever in the 21st century would you say such a thing. In the South or anywhere else. (Hell, I kind of find it hard to believe that it was that prevalent in the 19th century; but I’ve been wrong before….)

Or course, this is the same imbecile who goes on to say that people who join the NRA are people who are ready to “fight tyranny.”

Right. Because there is so much tyrannical behavior going on right now that we are desperate to take to the streets like our forebears did against the Continental Army. Because despot-loving mad men (presumably who vote the straight Democratic ticket) are readying themselves to take to the streets to despoil your wives and children and turn everyone gay. And socialist.

But Jim Porter: bliteus belua es — not that I expect you’ll know how to translate it.

P.S. — Sic temper tyrannis is the motto of the Commonwealth of Virginia. I always heard it said that it translated as “get your foot off of my neck!” Here’s why.

This is a decent analysis by Chris Geidner on BuzzFeed. It takes a very complex legal issue (made overly complex by the masters of over-complexity, the U.S. Congress) and makes it easy to digest.

Truth be told, this just infuriates me. I simply do not understand what the Republicans think they have to gain by ruining these peoples families.

Because the Defense of Marriage Act bars the federal government from recognizing same-sex couples’ marriages, binational gay and lesbian couples — those where one partner is not a U.S. citizen — have been denied the ability to seek a green card that straight couples have been eligible to obtain for their spouse in a similar situation.

The legislation aimed at addressing this issue is the Uniting American Families Act, and it would create a new category, called “permanent partners,” that would make same-sex couples eligible for green cards. The “Gang of Eight” senators did not include the measure in their immigration reform bill, but LGBT advocates have been pressing for Judiciary Committee Chairman Patrick Leahy to add the provision into the bill during the committee markup, which is slated to begin May 9.

via How The Supreme Court’s DOMA Ruling Could Upend The Immigration Debate.