I had heard the rumors, but decided that I wouldn’t believe them. Surely the powers-that-be over at the venerable NBC daytime drama Days of our Lives wouldn’t be so stupid as to kill off the character of Will Horton. But I suppose I was the one left with egg on his face; they were that stupid. 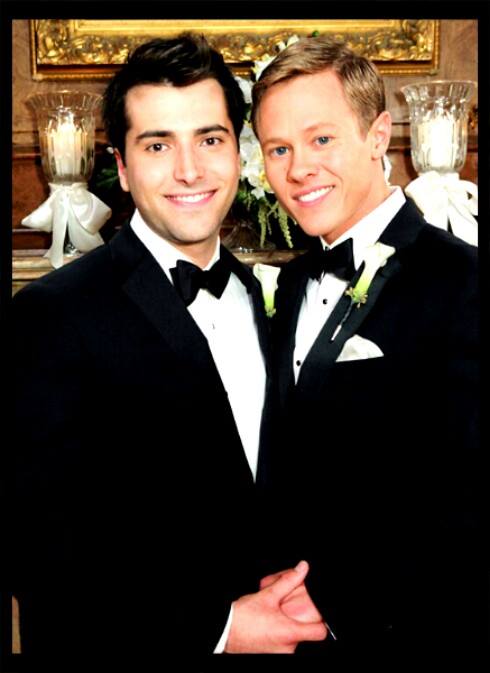 Freddie Smith as Sonny Kiriakis and Guy Wilson as Will Horton on the characters’ wedding day in 2014. The ‘WilSon’ story was a powerful example of LGBT inclusion and that loss is the most poignant of all.

And let me tell you why…

There are a couple of things you need to know if you are working on a serial. First, people get attached to characters and families and pairings in different ways than they do in shows that only air once a week for half the year. Second, mess with the show’s “bible” and tent poles at your peril. Third, trying to recreate the “thrilling days of yesteryear,” as the old radio announcers encouraged, never, ever works.

Personally, I loved Will and Sonny. It was such a great, forward-looking, innovative pairing. It was very contemporary, yet very much rooted in the history of the show. Since he was born on-screen to Sami and Lucas (Allison Sweeney and Bryan Datillo, a storied DAYS supercouple themselves), Will always figured prominently in the show’s plotting — outrageous though it could be sometimes — and his slow, torturous coming out process was incredibly nuanced, garnering three Daytime Emmys in a row for then-portrayer Chandler Massey.

Meanwhile, Sonny, the never-seen-on-screen-before SORASed son of Justin and Adrienne (Wally Kurth and Judi Evans, another storied DAYS pairing) and nephew of Victor (the peerless John Aniston), came back to town as a happy, out young man with an entrepreneurial spirit and an eye for young Mr. Horton. Sonny was Salem’s “white knight” and actor Freddie Smith played him perfectly.

DAYS made headlines in 2014 when they pulled out all the stops and threw daytime’s first same-sex wedding when Will and Sonny got married. In all my soap-watching years I’ve never seen a better contemporary story or more emotional episode or anything approaching the meticulous plotting that came together in that show. It was first class all the way.

And then it all went to hell.

Of course, that’s really American serial drama’s M.O., but DAYS took idiocy to a new level when its new writers killed off Will last week and basically drove the gays from Salem. I’m furious about them lessening the presence of LGBT people on television and that’s enough to make me turn the damn thing off for good, but to also mess with the show’s core legacy? As a writer, I may even find that even more offensive — because it’s lazy storytelling.

You see, when you tell a long-term scripted story, you have to have central characters — often called “tent-poles” — to anchor the drama. Will Horton was a tent-pole character for the entire generation of young people on the canvas. Without him, you only have no direct named link to the original center of the family at the heart of the show, so that part of the tent just collapses and severely limits your storytelling ability.

There’s an old rubric out there for writers that says you shouldn’t be afraid to “kill your darlings.” In other words, if you can advance the story in a positive and compelling way, you shouldn’t be afraid to get rid of a character, even if it’s a shock exit. And while I believe that wholeheartedly, I also know that it’s a knife-edge. You can’t cut off your nose to spite your face.

The last time I remember some daytime writer/producer doing something this egregious (there have probably been others, God knows) was in 1993 when Guiding Light killed off Maureen Reardon Bauer and left an entire part of the core canvas floating around aimlessly. Honestly, there were some good storylines in the decade and a half the show had left, but it never really recovered completely.

And Days of our Lives doesn’t have 15 years. There are fewer and fewer people watching daytime television and as the ratings fall off a cliff, DAYS’ great idea has been to bring back some of the fabled supercouples of yore: Patch and Kayla, Bo and Hope, John and Marlena. And a few DiMera villains have been dusted off, too.

But, here’s the thing: it will bump up ratings a bit for the 50th anniversary next month, but it won’t sustain viewership. You may have been in love with Patch and Kayla when you were a teenager, but, you know what? You’re middle-aged now. You’ve got responsibilities. A job. Kids. You’re not sitting around reliving the 1980s every afternoon for the 60 minutes it takes to tell a 37-minute story. 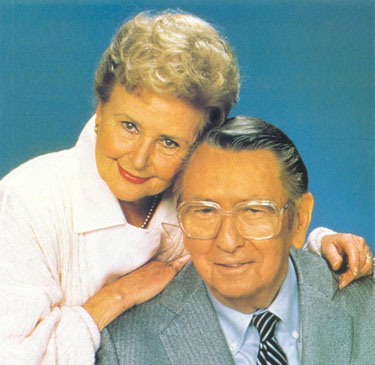 The late Frances Reid and MacDonald Carey as Alice and Tom Horton were the center of Days of our Lives when the serial began its run in 1965.

Besides, a bunch of heroes and heroines in their 50s and 60s is not going to play out very long. You can’t hang the entire canvas on that.

The next Tom and Alice could easily have been Will and Sonny. You could have created a new, inclusive contemporary Salem dealing with contemporary problems and situations and you could have still had Julie Williams popping in to be a nuisance a couple of times a year and you could still hang the ornaments on the Horton Christmas tree and make Alice’s damn doughnuts.

Well, you won’t, though. And you won’t have me watching. When Will died, so did my interest. I simply loved the Will and Sonny storyline and I loved Freddie Smith and Chandler Massey and Guy Wilson and I loved how it all reflected the real world and I loved that it was a touchstone for people who had no other way into LGBT issues. Nothing carves those pathways as well as continuing drama. It’s sad we won’t have that any longer.

And, I suspect, we won’t have Days of our Lives much longer, either. Everything they are doing now smacks of desperation. I’m actually glad I won’t be around to see the end of DAYS. I suspect that it will be terribly painful. And completely unnecessary.

Previous
I Do: The WilSon Wedding, Playing the Long Game and Celebrating the Zeitgeist
Congrats, Freddie Smith, DOOL on Emmy Win, Inclusion
‘Sonny’ Skies or Clouds on the Horizon? The New Normal Comes to Salem
More Sands Through the Gay Hourglass — Revisiting and Revising