It’s not every television series that can boast (?) of being cancelled more than once, but that’s the case with the once-perennial fixture of early afternoon viewing, All My Children. While there hasn’t been “official” official word from the show’s producers Prospect Park (at least publicly as of this writing), tweets from star Debbi Morgan (Angie Hubbard) expressing thanks to fans have been widely circulated and quoted by generally reliable sources such as Michael Fairman On Air On Soaps and retweeted by Cady McClain (Dixie Martin).

There’s going to be a lot of snarky fan reaction on the Innerwebs in the coming days and weeks along the lines of:

And here’s what I have to say about that, quoting that wonderful singer-songwriter Phoebe Kreutz — boo frickin’ hoo.

Honest to God. I’m just happy to see someone try to do something differently. I was appreciative of the opportunity, as a viewer, to meet these characters on this new canvas for a while. To have produced 43 episodes in this new format is not a loss, it’s a win. Producers are finding more and more ways to interact with audiences through the Web than they ever have before:

I could go on and on. But to the naysayers, just remember, small, closed minds have never discovered new worlds, written great novels, played great music, developed cures for disease or launched the next life-changing app. They laughed at Edison, too, you know. 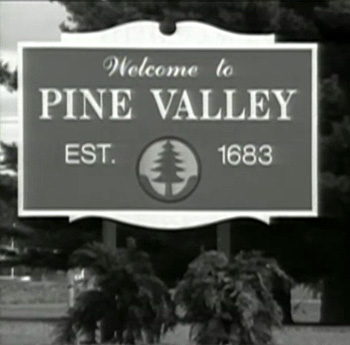 It was terrific to see folks like Cady McClain and Debbie Morgan and Darnell Williams and Jill Larson in old familiar roles — even the never-count-him-amongst-the-dead Matthew Cowles — but it was even better to watch some terrific new talent like Eric Nelsen and Denise Tontz and Rob Scott Wilson emerge and breath new life into characters whose names, but not much else, were familiar to longtime viewers.

So, again, we write the elegy — and eulogy — for Pine Valley, but we move on, figuring out what’s next and where we’ll be tomorrow and what we’ll tune into then. Something new. And different. The world still turns. Well, as it were.

Recent Ramblings on All My Children: