Because men are dumb. That seems to be the thesis behind the now ubiquitous T-shirt, according to a fun article in today’s New York Times Magazine. 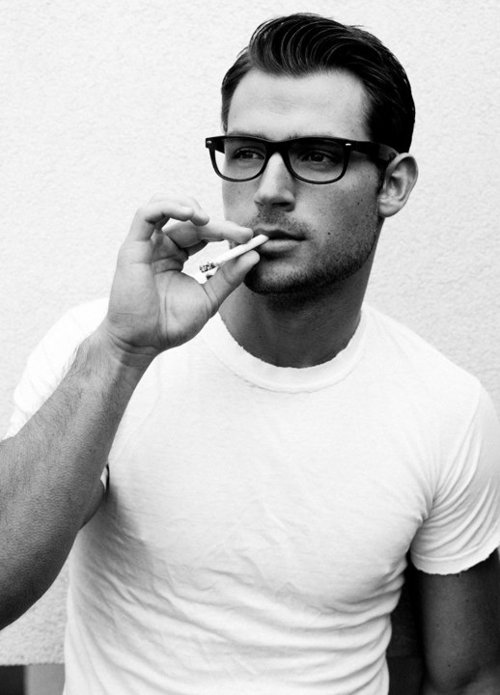 I have to admit, I have a weakness for a man in a plain white T. It’s something that’s assured to drive me right round the bend! Also, it’s easy to remove. | Image via yworld.co.za.

It seems as though single men were forever trying to tame gaps and tears in their button-up undershirts with safety pins and other fasteners until the “bachelor undershirt” was invented. Obviously, because it took no work, really, to care for, even a dumb old single man could care for it!

T-shirts have changed over the years. Like everything else, especially in America, they’ve gotten larger. Today’s XL is significantly larger than the XL of 50 years ago. That because, in spite of our french fries and ice cream, retailers have decided that we’d be less likely to ask for a 3XL shirt, so they just make the XL bigger. Oy.

P.S. — Which literary lion gave us the name T-shirt? Find out!