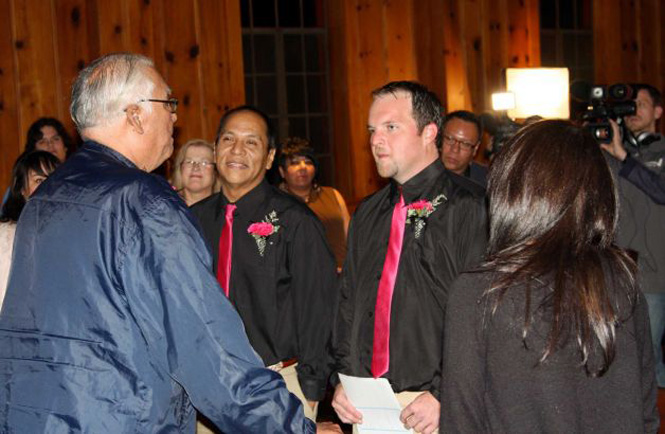 In this photo provided by All Shots Photgraphy, the Rev. Floyd Black Bear, left, officiates the wedding of his son, Darren Black Bear, second from left, to Jason Pickel, second from right, at Fort Reno in Oklahoma. They are the third same-sex couple to be issued a marriage license from the Cheyenne and Arapaho Tribes since 2012.| Brandi Duvall AP

Despite a gay marriage ban in the Oklahoma Constitution, Darren Black Bear, 45, and Jason Pickel, 36, wed before about 50 friends and family members at the Fort Reno chapel after being granted a marriage license from the Cheyenne and Arapaho Tribes.