I posted this story five full days before you. WTF? Get with the program, please. KTHXBYE

For many gay people, the years they spent (attempting) to live a “straight” life in the straight world were not pretty ones. 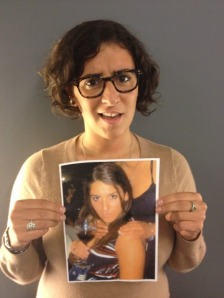 “Stephanie S.” and her photo of herself from the Straight Years Project. |Image: logotv.com.

A few weeks ago, The Huffington Post announced that my independently produced web series “EastSiders” had been acquired by Logo to air on their website logotv.com.  When we put the first two episodes on youtube in December I had no idea that the series would attract the kind of attention it did– being featured by the likes of USA Today, The Advocate, Out, Film Independent, Towleroad, After Elton, Queerty and of course right here on Gay Voices– much less the attention of a company like Viacom, which owns MTV and VH1 as well as Logo.

Kit Williamson and Van Hansis star as Cal and Thom in the Web series “Eastsiders.” Watch at http://www.logotv.com.

I only have one quibble with Kit Williamson’s excellent essay and that’s his use of and the headline writer’s pick of the world “renaissance.”

(My editor’s hat gets in the way sometimes. Editing professionally for years means I come with certain tics and strange opinions about semicolons, word choice and Oxford commas. You’ll just have to go with it.)

Renaissance implies a rebirth of something that has been before. Pick up your Roget’s (it’s a book, youngsters. Fine, use the app….) and you’ll find lots of synonyms that begin with “re” like reawakening, regeneration, renascence, renewal, resurgence, etc. Web series’ are not undergoing a renaissance, but rather they are a part of a revolution in entertainment — specifically independently controlled entertainment — that is in its nascent state.

Look back on this time period 12 or 18 months from now and you’ll see a shift. Two years from now the cultural landscape will be unrecognizable. I guarantee you that. Hell, Apple recently announced that the original iPhone — released in 2007!! — is now obsolete.

Bottom line: what Kit and his group and what others are doing in other places is quite extraordinary. They are the absolute pioneers in this new era and they will set the tone for what’s to come.

I have such admiration — and real envy, if you want to know the truth — for people in their early 30s and younger who have the technology and the chutzpah to throw their ideas out into the vast cauldron of the Internet and to see what bubbles to the surface. And to make an actual cultural impact.

I’m not really that old (I keep telling myself) but, honest to God, to think of the mind-numbing things I had to do when I was in college to get 100 people to see the creative stuff that I was working on, well, it would simply make your toes curl today!

Anyhow, I’ve been a dedicated viewer of this series since Day One and it’s deserving of a large following. I did see, recently, where someone asked that fans watch the show on the Logo site so that if “they” see the traffic someone might put it on TV. To that, I say with the wisdom of the ages (aged??) that’s skipping down the garden path to hell, my friends.

In spite of the fact that the subhead on this article in NEXT says Apr. 28, it’s actual debut date on LogoTV.com is Apr. 23. This is a terrific Web series and I’m so excited to see what will transpire as the story unfolds. So far, it’s been superlative acting and storytelling. It’s one of those bellwether shows, I think, that will show that there is a place for powerful, independent storytelling on the Web without corporate interference. A link to the series page is below. Watch it.

(Of course, I will be out of town on the 23rd and probably won’t have access to watch, but that just leaves me more to watch upon my return!) 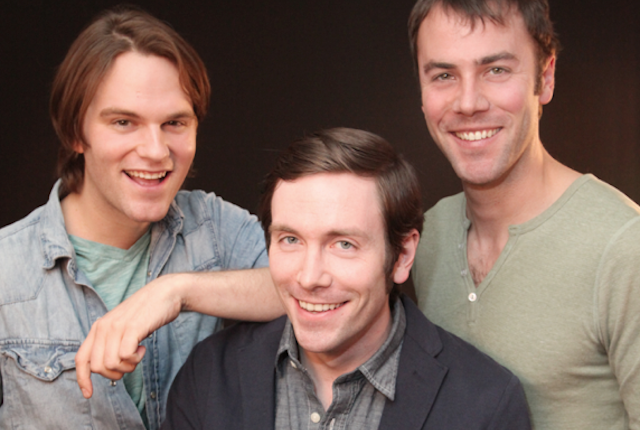 Read a bunch of other stuff I’ve written about EastSiders and Web series’ in general.

Kit Williamson and Van Hansis star as Cal and Thom in the new web series “Eastsiders.” Watch at http://www.eastsiderstv.com

Awesome. Truly awesome. I can’t wait for this series to come to a larger platform. And I can’t wait until they finish shooting the season! Great stuff. Watch it if you haven’t already. Here’s a LINK to get you started.