Netflix has long argued that its service helps counteract piracy by offering a legal alternative; and it seems that the company is putting its money where its mouth is.

In an interview with Dutch tech website Tweakers, Netflix VP of content acquisition Kelly Merryman, says that it actively seeks out  TV series that have high rates or piracy when making programming decisions.

via Netflix Checks Piracy Stats To Help It Decide What To Buy – Forbes.

And why do people pirate? Because traditional media outlets have not kept up with the needs/wants of the 21st century consumer. 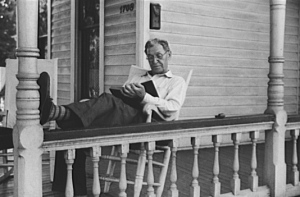 I’m endlessly fascinated by statistics. (Don’t judge.) According to WordPress, here are the 10 most read pages/posts on my blog in the last week, month, and year.

LAST 30 DAYS
1. Home Page
2. Finnish Soap’s Gay Storyline Finds International Fans Thanks to YouTube
3. Pine Valley Is Open for Business Again
4. EastSiders Debuts on LogoTV.com
5. Gay Marines Talk About Falling in Love
6. Gay Teen Boys and Highschool Romance
7. Chris Kluwe, Minnesota Vikings Punter, Rocks
-originally posted Apr. 3, 2013 — headline says it all!
8. Like Sands Through the Gay Hourglass — Ticked Off at American Dramas. Again.
-originally posted Nov. 12, 2012 — riff on American vs. European soaps and how backward American soaps are … even when there is some forward progress.
9. Seven Reasons to Watch (or Rewatch)  ‘The Outs’
-originally posted Apr. 4, 2013 — BuzzFeed list about one of my favorite Web series
10. Jake Silbermann: Just My Type

LAST 12 MONTHS
1. Home Page
2. New Kids on the Block — All My Children, That Is
-originally posted Mar. 17, 2013 — Cady McClain tweeted this link and the thing just exploded. The viral power of social media.
3. Finnish Soap’s Gay Storyline Finds International Fans Thanks to YouTube
4. Like Sands Through the Gay Hourglass — Ticked Off at American Dramas. Again.
5. Gay Marines Talk About Falling in Love
6. “Bare” Off-Broadway: Cover It Up [review]
-originally posted Dec. 9, 2012 — my thoughts on the disappointing revival of “Bare”
7. Pine Valley Is Open for Business Again
8. Gay Teen Boys and Highschool Romance
9. Sam Champion Engaged: ‘GMA’ Weather Anchor Comes Out, Plans To Marry Rubem Robierb
-originally posted Oct. 6, 2012 — I don’t understand this one at all. I was just being snarky; I didn’t think anyone cared!
10. ‘Scut Farkas’ Takes Bully Battle to Court
-originally posted Dec. 20, 2012 — this one pops up every now and then, maybe when people see Zack Ward on TV? No idea.

A FEW OTHER TIDBITS
15. Grandmother’s Pound Cake
-seriously, a cake recipe? I mean, it’s a good cake, but….
19. In With ‘The Outs”
-one of my many posts on this Web series, which I think is terrific
39. John Lithgow, the National Theatre, and my own Name-Dropping Memory of the Best New Year’s Eve Ever
-my story about spending New Year’s Eve with Sir Ian McKellen
51. Eine Kleine Ukulele Muzik
-link to a great video: the Queen of the Night aria accompanied by ukulele
53. Cleveland Street Comes to Broadway
-a review of “A Christmas Story: The Musical,” which I loved (as did this year’s Tony nominating committee)

TAKEWAYS
-People are eclectic.
-You can’t pinpoint what people will read.
-Interesting how some posts that you never thought would be that popular, are. Consistently.
-Thanks for reading — whatever is is you like to read!